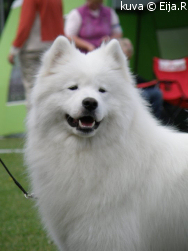 Jaakko was born on 4th May 2008 and these photos have been taken on when he was three weeks old :o)